Inspiring Entrepreneurs in the Bible

In previous posts, I have made the argument that entrepreneurship is a creative act made possible by the creative impulse that God gave us. In addition, it requires certain personal traits that God desires us to have.

If this is so, then that leads to the next logical question: Does the Bible provide examples of entrepreneurs?

Scripture contains several cases of entrepreneurship, but we must first make sure that we are using the proper definition of the word. Entrepreneurship is a creative act that brings higher levels of satisfaction to people, results in more order, and finds ways to create greater value than existed before.

This is a working definition for this post, and you can read a more sophisticated and detailed explanation of entrepreneurship here.

We know from Genesis 13 that Abram was very wealthy in livestock, gold, and silver. By the time he had to rescue Lot in Genesis 14, he had over 300 trained men, presumably trained in the use of arms.

Beyond his wealth, Abram was an entrepreneur. The evidence for this is in Genesis 13, when Abram and Lot separate and Lot chooses to go to the fertile plain. This was an area favorably compared to the Garden of Eden. Presumably Abram got a less attractive, less fertile area, yet he continued to prosper. Lot’s material and spiritual condition both deteriorated due to his choice. He started out as wealthy as his uncle Abram, but ended up living in cave (Gen. 19).

After getting the lesser land, Abram’s wealth grew, as did his faith and walk with the Lord. By Genesis 21 Abraham (as God had renamed him by this time) was making treaties with kings and generals. Abraham had a faith and God-given vision of the future, and the perseverance to leave his home, obey, and see the task through.

Solomon was unique among Jewish kings, as he seems to be the only one to have seen and profited from the geographical advantage of his kingdom.

Ancient Israel was located on two great ancient trading routes, the King’s Highway and Way of the Sea (the Via Maris), in addition to several lesser routes. Solomon engaged in trade, and he appears to be the only Jewish king to fully exploit the advantages afforded by these routes (1 Kings 5, 9).

The Bible tells us Solomon was extremely wealthy, but he had to create his fortune, as much of it did not exist before (1 Kings 3, 4:26). Solomon generated wealth by bringing peace to the kingdom, which allowed him to use his resources for production, rather than protection. In addition, he encouraged trade and was the only Jewish king with a trading fleet (1 Kings 9).

Conversely, Solomon’s son, Rehoboam, had a chance to solidify Israel’s position in the world. Instead, he chose poor advisers and made poor decisions. The kingdom essentially split over tax policy and forced labor (1 Kings 12). A wiser, more entrepreneurial man would have reduced these burdens and advanced the kingdom through other means, such as trade.

Lydia, a dealer of purple cloth in Thyratira, is largely an unknown figure, and we must be careful not to read more than we know into her story.

What we do know is that Roman women were allowed to own property and conduct business. We also know that Thyratira was a center for dying cloth, especially purple. Thus, Lydia may not have been a pioneer or entrepreneur in her profession, but she certainly was in her personal life.

Although we only get a few verses about Lydia in Acts 16:14-15, 40, we do learn several things. She had a household, she may have been a widow, and her household probably included children and may have included servants.

She had a house large enough to accommodate guests, and was willing to take Paul and Silas in after they had been in jail. In addition, her house also seemed to serve as the center for Christian work in the area. Her hospitality undoubtedly carried some risk with it, and a willingness to take on risk is an entrepreneurial characteristic.

The Bible is not a book about the great entrepreneurs of the past, and so the information that we have to make assessments is somewhat limited. We can make some inferences, however.

We know that several of the apostles ran a fishing business, and Matthew’s tax collecting was a private independent business in those days. In addition, the apostle Paul made tents, Luke practiced medicine, and less-discussed believers operated businesses as well.

One common biblical act was church-planting, as practiced by Paul, Barnabas, Timothy, Silas, and many others. This was and still is an entrepreneurial act, because it took faith, vision, perseverance, and a willingness to stand strong in the face of opposition.

Church-planting does not afford material profits to measure success. However, one can gauge success in other ways to see that church-planting improves the lives of many people.

To envision a thriving, successful church preaching the word, evangelizing, and serving where there currently stands an empty lot and a few believers is as entrepreneurial as any business start-up. Anyone who has been involved in a church plant knows that it takes a special kind of person to lead such work.

One may argue that my examples are exceptional, since God was directing and blessing them. Yet the Lord is with all believers, directing us (Prov. 3:5-6) and blessing us (Eph. 1:3).

While we revere the men and women of the Bible, we must also remember what James tells us about Elijah: he was a great man of faith, but he was still a man like us (James 5:17). What God did through the heroes and entrepreneurs of the Bible, God can do through us. 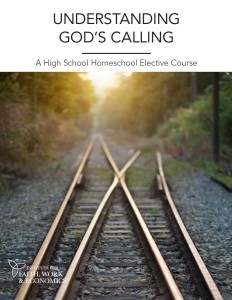 On “Flashback Friday,” we publish some of IFWE’s former posts that are worth revisiting. This post was first published on Jul 3, 2013.

Photo of the engraving of St. Paul in the house of Aquila and Priscilla is licensed under the Creative Commons Attribution 4.0 International license. Artist: J. Sadeler after Jodocus Winghe. Source: Wellcome Images, a website operated by Wellcome Trust, a global charitable foundation based in the United Kingdom. For more info: Wellcome blog.

Dr. Brian Baugus is Assistant Professor of Business, Leadership & Management at Regent University in Virginia Beach, Virginia. Dr. Baugus is also a visiting professor of the African Bible University in Kampala, Uganda. He holds a doctorate and masters in economics from George Mason University, an MBA in finance from Vanderbilt University, and a BA in economics from McDaniel College. He has worked in banking, consulting and government.
© 2022 Institute for Faith, Work & Economics. All rights reserved. Printed from http://tifwe.org/how-to-be-productive-in-2014/. For reprint permissions, contact info@tifwe.org.
Subscribe→

“[Lydia's] hospitality undoubtedly carried some risk with it, and a willingness to take on risk is an entrepreneurial characteristic.” Twitter Facebook

“[Church planting] was and still is an entrepreneurial act, because it took faith, vision, perseverance, and a willingness to stand strong in the face of opposition.” Twitter Facebook

“What God did through the heroes and entrepreneurs of the Bible, God can do through us.” Twitter Facebook

Why Has God Put Me Here?

I often find myself praying, sometimes out loud, as I walk by myself across the building where I work to…